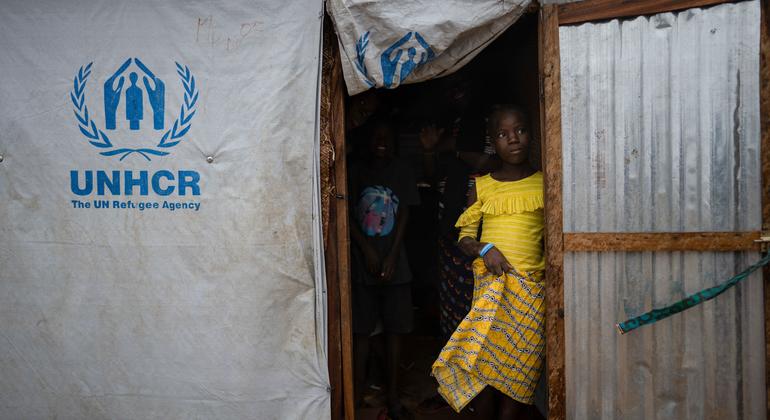 The Sahel is contending with an influx of refugees from Burkina Faso, fleeing vicious attacks by armed groups. The region is already plagued by political instability, widespread violence, food shortages & disproportionately impacted by the climate crisis. https://t.co/YebwZOQ9g6

“They told UNHCR staff that civilians had been killed and their homes burnt down by extremists,” he said, speaking to journalists in Geneva.

Since last May, some 7,000 Burkinabe have arrived in northwestern Côte d’Ivoire, fleeing vicious attacks by armed groups. UNHCR has so far registered, and provided assistance, to over 4,000.

The influx has accelerated in the past six months, the agency said, but is not seen as being linked to the military coup last month.  Local authorities report that an average of 100 people have been crossing the border daily.

Many Ivorian families are hosting up to 30 Burkinabe refugees in small houses. Overcrowding is exacerbating deteriorating sanitary conditions, resulting in numerous cases of malaria, respiratory infections and malnutrition.

The number of people uprooted within the country rose to over 1.5 million last year, a 50 per cent increase, which is among the highest proportions of internal displacement on the continent.

Mr. Cheshirkov said that while the regional crisis becomes more protracted, large parts of the Sahel remain – or have become – inaccessible to humanitarians trying to support the 2.5 million people forced to flee their homes in Burkina Faso, Mali, and Niger.

As a result, more people across the Sahel are moving southwards toward coastal countries, or to North Africa, where many find themselves in what he described as “a dangerous limbo”.

The Sahel region is confronting an unprecedented rural exodus.

People who have been forcibly displaced are moving to urban areas due to shrinking areas under governmental control, reduced access to land and agricultural production, and multiple environmental challenges.

“Interventions to support women and youth are vital to alleviate suffering and prevent abuse, along with investments in a more positive future for Sahelian communities.”

Meanwhile, the Sahel remains on the frontline of the climate emergency.  Temperatures are increasing at 1.5 times the global average, which has aggravated conflict over scarce resources and facilitated encroachment by non-State armed groups, among other threats.

UNHCR will soon launch an appeal for the Sahel region.  A $307 million budget for central Sahel operations is only seven per cent funded.