Death During Sex Very Rare Among Those Under 50 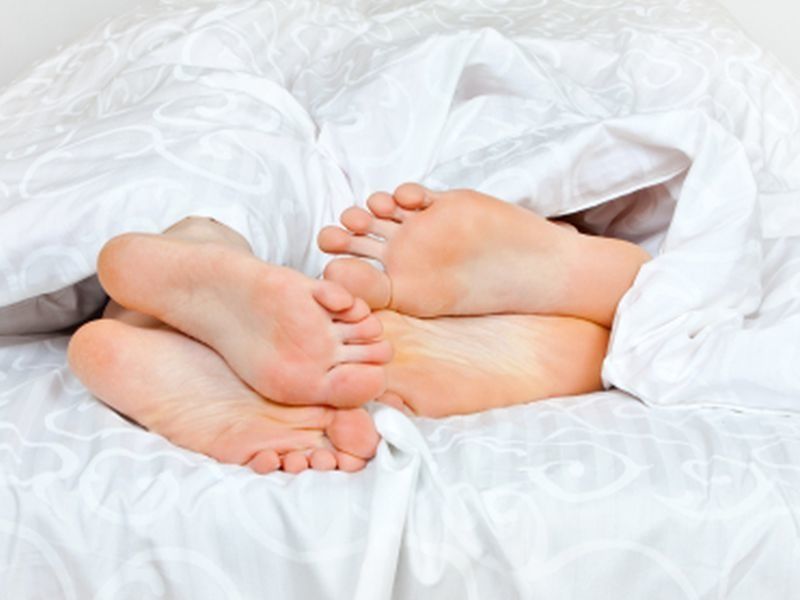 It’s a familiar trope of TV and movies — a couple is engaged in passionate sex when the guy’s heart suddenly gives out.

“Usually it’s a middle-aged man. Usually he’s cheating with somebody else. It’s funny, there’s this myth in our mind that this can happen,” said cardiologist Dr. Martha Gulati, who refers to the concept as the “Hollywood heart attack.”

A heap of medical evidence, including a new study out of the United Kingdom, has established that while sex might leave you feeling like your heart stopped, that’s just passion — not a life-threatening condition.

Only 0.2% of nearly 6,900 sudden cardiac death cases autopsied at a London hospital over a quarter-century were related to sexual intercourse, researchers report Jan. 13 in the journal JAMA Cardiology.

“There’s no dramatic association of intimate relations and sudden cardiac death,” commented Dr. Michael Kurz, a professor of emergency medicine and surgery at the University of Alabama at Birmingham. “It’s not any more risky than other vigorous activity.”

The British study involved all cases of sudden cardiac death that were autopsied at St. George’s University of London Hospital between January 1994 and August 2020. That wound up being 6,847 deaths in total.

The researchers, led by the hospital’s Dr. Mary Sheppard, then looked for cases where death occurred during or within one hour of sex — and found just 17 instances.

The victims were relatively young, only 38 years old, and 35% of them were female — a finding Gulati called “interesting.”

“Usually it’s always been said that sudden cardiac death during sex was more of a male thing,” Gulati noted.

Nearly half of the cases involved some underlying heart problem, the London researchers found. The other half were ruled to have sudden arrhythmic death syndrome — when someone dies from a cardiac arrest with no apparent cause.

It’s not surprising that so few people die of heart failure during sex, Gulati said.

However, Gulati and Kurz noted that the study looked only at heart deaths that occurred during sex. There likely are some additional people who had their heart stop during or after sex but lived to tell the tale.

That’s why you should know CPR and how to use an automatic defibrillator (AED), whether you’re with a partner jogging, riding a spin bike or having raucous intercourse, the U.S. experts said.

“Regardless of what activities you’re engaged in, that’s why it’s important for all of us to know how to do CPR, how to recognize cardiac arrest, and how to use an AED if it’s available,” Kurz said. “Sudden cardiac death is a time-dependent illness. If it’s rapidly recognized, it is in fact a survivable disease state.”

So, that’s yet another part of the Hollywood heart attack myth — the idea that the person who keels over during sex is a goner.

“Fear shouldn’t overtake you. CPR should overtake you,” Gulati said. “The person who is with them would hopefully initiate CPR, because that’s the way we can save lives.”