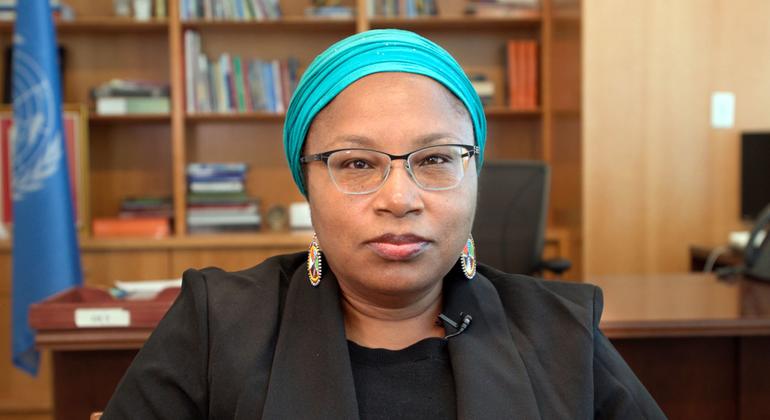 “My first recollection of the word Holocaust came from my grandfather. My father would buy second-hand comic books on the Second World War for me and my brothers, and we would admire the fighter pilots and the jets that they flew.

My grandfather was a veteran who had fought in the First and the Second World Wars, and he told me that I should read those comic books with fahamu, which is the Kiswahili word for consciousness.

He said, ‘You know, war is not good. The bombs that were dropped by the fighter pilots killed people, and human beings have this tendency to fight against each other and to resolve issues through violence. You must find a way to ensure that this does not happen’.

And when I asked him, what is the worst possible thing that you think happened during the wars, he said that it was definitely the Holocaust.

Later, I was invited to Auschwitz itself for a workshop and, to be in the camp, and to understand what had happened, it made me conscious of what war actually means. Being there made a huge impact on me.

You cannot imagine a better position from which to articulate the values of fahamu that I learned from my grandfather, and there is not a single day that I do not walk into this office and think about fahamu in relation to the Holocaust: those who deny genocides like those that happened in Srebrenica, and in Rwanda against the Tutsi, take the template from the deniers of the Holocaust.

If I did not approach the subject of the Holocaust with fahamu, the consciousness that my grandfather taught me, there is a great deal of history that I would never have learned.”