‘I don’t think I overpromised at all,’ Biden says after challenges of 1st year in office

U.S. President Joe Biden on Wednesday said he had underestimated the extent of Republican opposition to his programs and acknowledged Americans’ frustration at the slow pace of COVID-19 testing, but said the United States was on track to meet considerable challenges from the pandemic and inflation.

Marking the near-one-year anniversary of his presidency, the Democratic president faced a flurry of questions on the country’s bumpy COVID-19 response, relations with Russia and the future of American democracy during a rare formal news conference.

Promising to confront what he called the unexpectedly “stalwart” opposition of Republicans, Biden promised to take his case for action directly to voters, as Democrats seek to defend their congressional majorities in a Nov. 8 election.

“Our work’s not done,” said Biden, whose approval ratings have sagged in recent months, with COVID-19 hospitalizations at a record high.

“Should we have done more testing earlier? Yes,” Biden said.

Asked whether he had promised more than he could deliver, Biden was adamant: “I didn’t overpromise.”

But he acknowledged that his signature economic and social spending legislation, Build Back Better, was all but dead in its old form.

Instead, the president said, he expected that he could get “big chunks” of that bill passed, if not the full package.

WATCH | Biden says he is confident Americans back his policies: 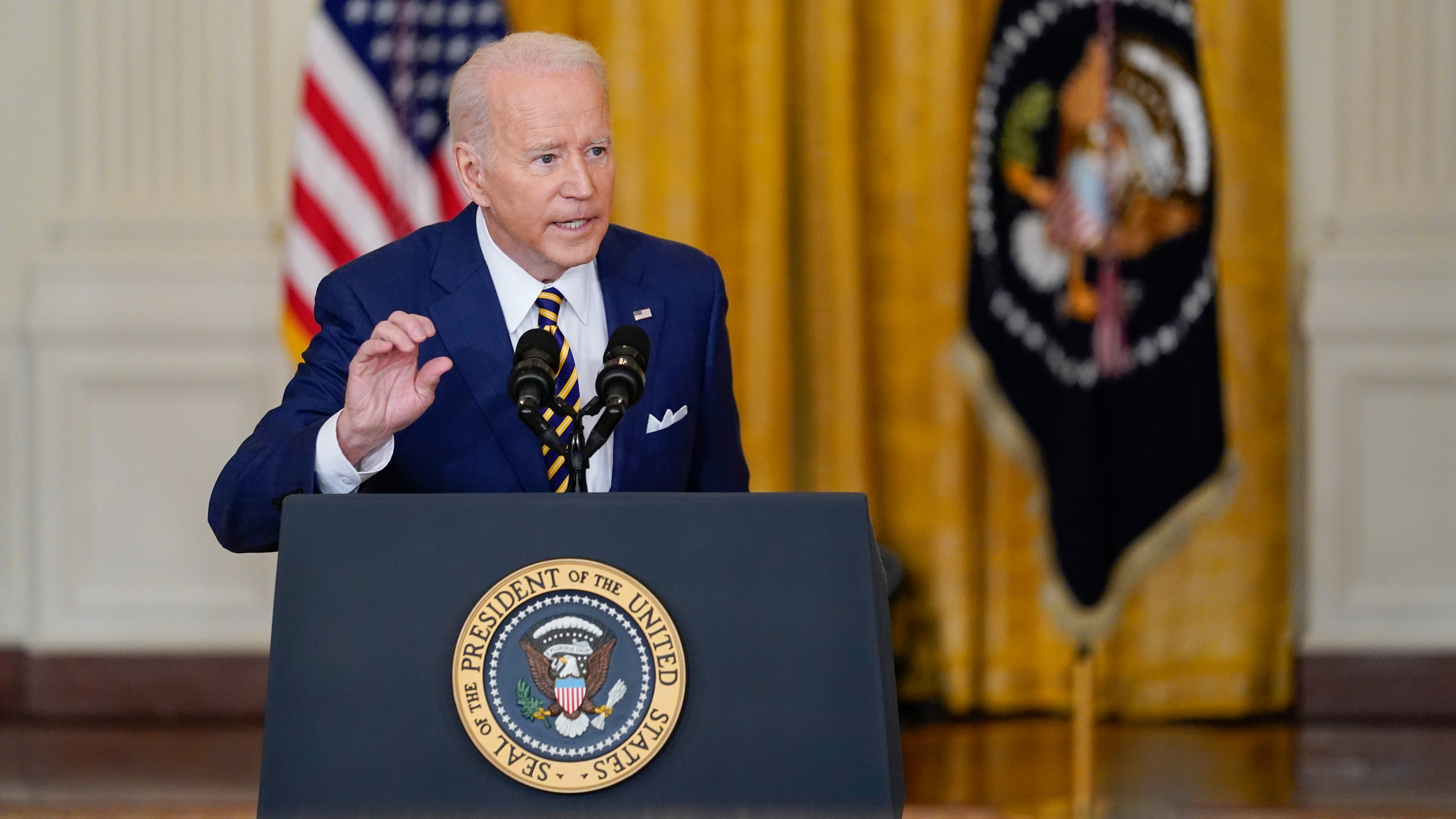 Biden frustrated with Democrats’ lack of movement on passing policies

‘I’m not asking for castles in the sky,’ U.S. President Joe Biden said Wednesday, admitting that though Americans ‘overwhelmingly’ support several of his policies, Democrats would need to break up his key ‘Build Back Better’ policy in order to get Congress to pass it. 2:49

Despite his faltering approval numbers, Biden claimed to have “probably outperformed what anybody thought would happen” in a country still coping with the coronavirus.

“After almost two years of physical, emotional and psychological impact of this pandemic, for many of us, it’s been too much to bear,” Biden said.

“Some people may call what’s happening now ‘the new normal,'” he said, his voice rising. “I call it a job not yet finished. It will get better.”

Four-fifths of qualified Americans have received at least one vaccine shot even as the virus continues to kill nearly 2,000 people per day in the United States, and the unemployment rate has dropped amid record job creation.

‘Minor incursion’ into Ukraine may elicit lesser response for Russia

Biden seemed to relish Wednesday’s encounter, extending what was expected to be an hour-long press conference to nearly two hours. At several points, he looked at his watch, smiled and kept calling on reporters.

He addressed the brewing crisis on the Ukraine border, where Russia has massed some 100,000 troops and raised concerns that Moscow is ready to launch a further invasion.

The president said he believes Russian President Vladimir Putin doesn’t want full-blown war and would pay a “dear price” if he moves forward with a military incursion.

Biden did suggest a “minor incursion” might elicit a lesser response than a full-scale invasion of the country, saying “it’s very important that we keep everyone in NATO on the same page.”

“He has to do something,” Biden said of Putin. “He is trying to find his place in the world between China and the West.” It will be a ‘disaster’ for Russia if it invades Ukraine, says Biden

U.S. President Joe Biden told reporters Wednesday, ‘My guess is he will move in,” predicting Russian President Vladimir Putin will invade Ukraine, a move he said would trigger a massive response. 1:27

Biden also fielded questions about inflation, nuclear talks with Iran, voting rights, political division, U.S. Vice-President Kamala Harris’ place on the 2024 ticket, trade with China and the competency of government. Those questions showed the multitude of challenges confronting the president, each of them as much of a risk as an opportunity to prove himself.

Biden’s fellow Democrats are fighting to retain their control of Congress in the coming elections amid a flood of Republican-backed state laws that civil rights advocates say could suppress Black and other minority votes.

Biden has held nine total news conferences in his first year in office, including six solo — a slower pace than his most recent predecessors, according to the American Presidency Project at University of California, Santa Barbara.