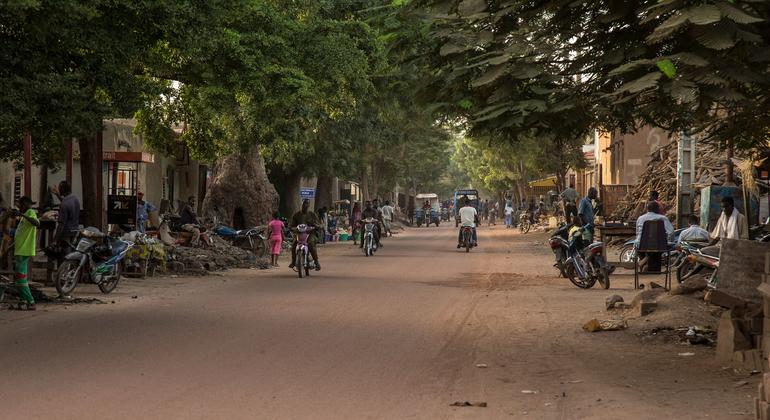 El-Ghassim Wane, Head of the United Nations Multidimensional Integrated Stabilization Mission in Mali (MINUSMA), was briefing the Security Council on Thursday on recent developments in the African country.

“For the sake of the Malian people”, he said, MINUSMA should be given all the resources it requires to “close the gap between what it is mandated to do, and what it can actually do.”

He said March saw several deadly attacks by the so-called Islamic State in the Greater Sahara terrorist group, around Menaka, and in the south, near Gao, leading to the death of 40 civilians and displacement of 3,640 households.

In response, MINUSMA intensified its patrols in Menaka to allow Mali’s security and defence forces to mobilize.

South of Gao, jihadist fighters from the armed group continue their  attacks in Tessit, including against Malian armed forces.

The UN mission has deployed three mobile task force units between Ansongo, Labezanga and Tessit, while another unit is now patrolling the border with Niger, and still another is doing the same on the eastern side of the Niger River.

Stressing that security incidents are occurring in the context of the withdrawal of the French and other European anti-terrorism forces, he underscored the imperative that troop levels be maintained, and solutions can found to the challenges of insufficient capacity.

Turning to reports of serious human rights abuses against civilians during the Malian armed forces’ anti-terrorism operation in Moura, he underscored the need for the Malian authorities to cooperate with the Mission so it can access the site of the alleged violations.

No progress on political reform

On the political front, he said “no tangible progress” had been made in the peace process. Instead, the past three months were marked by “worrying actions and rhetoric” that contravene the spirt of the 2015 peace agreement.

The 18-month political transition after the August 2020 coup d’état was to conclude in March, he said, adding that the non-completion of the transition led the Economic Community of West African States (ECOWAS) to impose economic and financial sanctions against Mali last January.

An agreement on the transition would allow for the lifting of sanctions and create a more propitious environment to pursue stability across Mali, he said.  There is a “strong yearning for peace and better governance”, he said, urging political stakeholders to internalize this sentiment and live up to the expectations of their people.