Afghanistan was rocked by its deadliest earthquake in decades on Wednesday when a magnitude 5.9 earthquake struck the country’s east, killing more than 1,000 people and wounding many more, according to a regional official.

The humanitarian disaster comes at a difficult time for the Taliban-ruled country, currently in the throes of hunger and economic crises.

The shocks hit at 1:24 a.m. local time on Wednesday (4:54 p.m. ET on Tuesday) around 46 kilometers (28.5 miles) southwest of the city of Khost, which lies close to the country’s border with Pakistan, according to the United States Geological Survey (USGS).

The quake registered at a depth of 10 kilometers (6.2 miles), according to USGS, which designated it at yellow alert level — indicating a relatively localized impact.

Most of the deaths were in Paktika province, in the districts of Giyan, Nika, Barmal and Zirok, according to the State Ministry for Disaster Management.

The death toll stands at more than 1,000 and at least 1,500 people have been injured “in Gayan and Barmal districts of Paktika province alone,” Mohammad Amin Hozaifa, head of Paktika province’s information and culture department, told CNN in a phone call Wednesday.

The official expects the number of casualties to rise as search and effort missions continue. 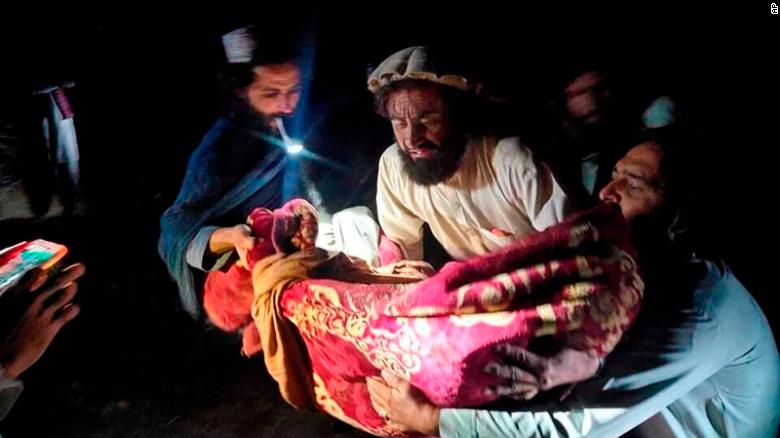 Photos from Paktika province, just south of Khost province, show houses turned to rubble with only a wall or two still standing amid the rubble, and broken roof beams.

Najibullah Sadid, an Afghan water resources management expert, said the earthquake had coincided with heavy monsoon rain in the region — making traditional houses, many made of mud and other natural materials, particularly vulnerable to damage.

“The timing of the earthquake (in the) dark of night … and the shallow depth of 10 kilometers of its epicenter led to higher casualties,” he added.

A team of medics and seven helicopters have been sent to the area to transport injured people to nearby hospitals, Afghanistan’s Ministry of Defense said in a tweet on Wednesday.

This comes as almost half the country’s population — 20 million people — are experiencing acute hunger, according to a United Nations-backed report in May. It is a situation compounded by the Taliban seizing power in August 2021, which led the United States and its allies freezing about $7 billion of the country’s foreign reserves and cutting off international funding.

The situation has crippled an economy already heavily dependent on aid. Following the chaotic US withdrawal from Afghanistan last year, its economy has gone into freefall with the World Bank forecasting in April that a “combination of declining incomes and increasing prices has driven a severe deterioration in household living standards.”

Many of the areas’ traditional houses are made of mud and other natural materials, making them vulnerable to damage. 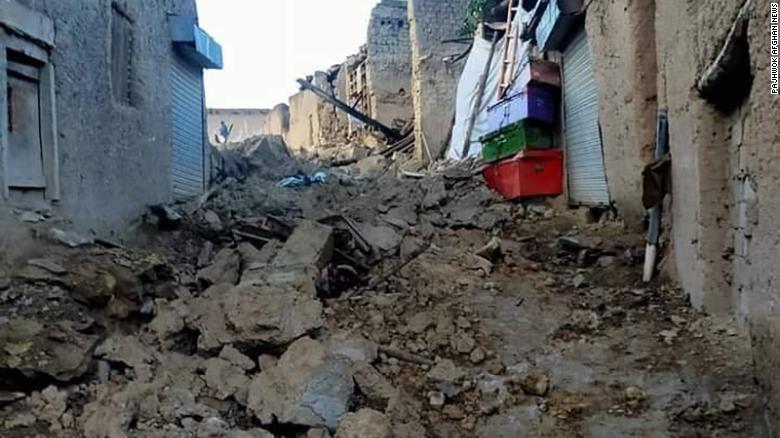 The earthquake hit at 1.24 a.m. about 46 kilometers southwest of the city of Khost.

The Taliban held an emergency meeting on Wednesday to organize providing transportation to the injured and material aid to the victims and their families, Taliban spokesperson Zabiullah Mujahid said.

Prime Minister Mohammad Hassan Akhund called the meeting at the country’s Presidential Palace to instruct all relevant agencies to send emergency relief teams to the affected area, Mujahid said in a tweet.

“Measures were also taken to provide cash assistance and treatment,” Mujahid said and added that agencies were “instructed to use air and land transport for the delivery of food, clothing, medicine and other necessities and for the transportation of the wounded.”

Afghanistan’s Deputy Minister of State for Disaster Management, Mawlawi Sharafuddin Muslim, said Wednesday that “the Islamic Emirate will pay 100,000 AFN ($1,116.19) for the families of those who were killed in the earthquake and 50,000 ($558.10) will be paid to families of those injured.”

The government also highlighted the need for foreign aid.

“Islamic Republic of Afghanistan calls for the generous support of all countries international organizations individuals and foundations to provide and deliver urgent humanitarian aid,” a press statement from the country’s diplomatic missions read.

In a tweet on Wednesday, the World Health Organization (WHO) said its teams were on the ground for emergency response, including providing medicine, trauma services and conducting needs assessments.

But a WHO official told CNN’s Eleni Giokos that logistics were stretched. “All of the resources have been mobilized, not just from the nearby provinces but also from Kabul including medical supplies, medics, nurses, health workers, ambulances and emergency officers who are trained in dealing with such situations,” said Alaa AbouZeid, emergencies team lead and incident manager at WHO’s Afghanistan office.

According to to the United Nations Office for the Coordination of Humanitarian Affairs (UNOCHA), heavy rain and wind is “hampering efforts with helicopters reportedly unable to land this afternoon.” 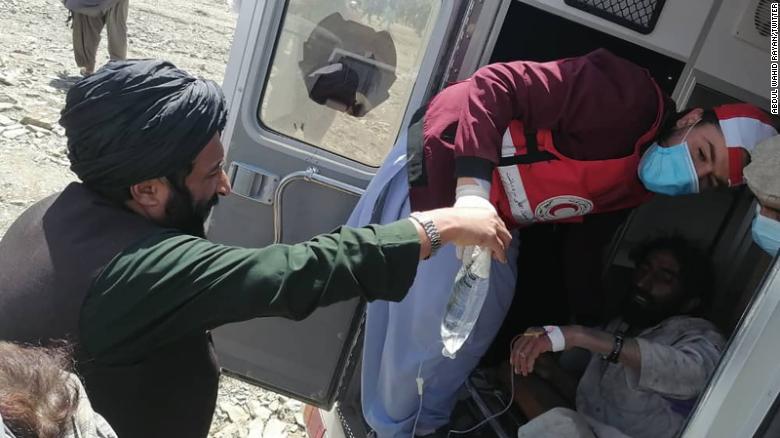 Pakistan’s Prime Minister Shehbaz Sharif extended his condolences and an offer of support in a tweet on Wednesday. “Deeply grieved to learn about the earthquake in Afghanistan, resulting in the loss of innocent lives,” he wrote. “People in Pakistan share the grief and sorrow of their Afghan brethren. Relevant authorities are working to support Afghanistan in this time of need.”

India expressed “sympathy and condolences to the victims and their families,” according to a tweet by the spokesperson of the Indian Ministry of External Affairs on Wednesday.

Pope Francis said he was praying “for those who have lost their lives and for their families,” during his weekly audience on Wednesday. “I hope aid can be sent there to help all the suffering of the dear people of Afghanistan.”

Afghanistan has a long history of earthquakes, many of which happen in the mountainous Hindu Kush region that borders with Pakistan.

In 2015, a quake that shook parts of South Asia killed more than 300 people in Afghanistan, Pakistan and India.

More than 1,000 people died in 2002 after two earthquakes in the Nahrin region of northwestern Afghanistan. A powerful earthquake struck the same region in the 1998, killing about 4,700 people, according to records from National Centers for Environmental Information.