Pot Use Raises Risks After Severe Form of Stroke 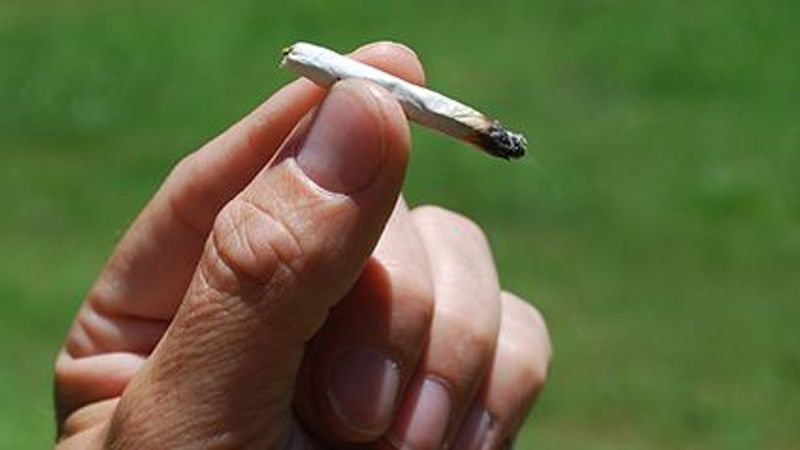 If you have any risk factors for stroke and you like to smoke pot, a new study suggests you should stop toking.

Researchers found that people with an aneurysmal subarachnoid hemorrhage, a rare, severe type of bleeding stroke, who had used marijuana three to 30 days before their stroke were twice as likely to develop a dangerous complication that can lead to greater disability or death.

The study was the largest to consider the impact of THC, the component in marijuana that makes someone high, on complications after this type of stroke.

“We’re all vulnerable to a bleeding stroke or a ruptured aneurysm, however, if you’re a routine marijuana user, you may be predisposed to a worse outcome from a stroke after the rupture of that aneurysm,” said senior study author Dr. Michael Lawton, president and CEO of Barrow Neurological Institute in Phoenix.

His team analyzed data on more than 1,000 patients who had been treated for an aneurysmal subarachnoid hemorrhage at the institute between Jan. 1, 2007 and July 31, 2019.

Urine toxicology screening was done for all patients admitted with ruptured aneurysms.

In an aneurysmal subarachnoid hemorrhage, a weakened and bulging part of a blood vessel bursts on the surface of the brain. This is called a ruptured aneurysm. It results in bleeding in the space between the brain and the tissue that covers it and can cause neurological disability for 66% of people and death for 40%.

The immediate treatment focuses on stopping and preventing further bleeding. Yet, in the 14 days following this type of stroke, patients may develop worsening symptoms, such as speech problems or difficulty moving.

This complication, called a delayed cerebral ischemia, happens when blood from the initial stroke irritates blood vessels, causing them to constrict enough to cut off the blood supply to a portion of the brain (called vasospasm).

The recent cannabis users did not have significantly larger aneurysms or worse stroke symptoms when admitted to the hospital. They were also not more likely to have high blood pressure or other cardiovascular risk factors than patients who screened negative for THC. They were significantly more likely to have also tested positive for other substances, including cocaine, methamphetamines and tobacco, compared to the patients who screened negative for THC.

Among all participants, 36% developed delayed cerebral ischemia, 50% were left with moderate to severe disability and 13.5% died.

The findings were published Jan. 6 in the journal Stroke.

“When people come in with ruptured aneurysms, and they have a history of cannabis use or are positive on a toxicology screen, it should raise a red flag to the treating team that they are at higher risk of vasospasm and ischemic complication,” Lawton said in a journal news release.

“Of all the substances detected in the toxicology screen, only cannabis raised the risk of delayed cerebral ischemia,” he said. “Cocaine and meth are hypertensive drugs, so they are likely related to the actual rupture but not expected to have an impact on vasospasm.”

The researchers are now conducting follow-up in the laboratory to better understand THC-related risks that may impact aneurysm formation and rupture. They also urge further research to study the impact of various doses of THC on stroke complications.

“Evaluating the risks and benefits of marijuana use is more important, given its popularity and as more states make recreational marijuana use legal,” Lawton said.


What is a stroke?
See Answer