Russia could be on the brink of invading Ukraine. Here’s what might happen next

As the Russian military continues to squeeze Ukraine from three directions, Canada and its NATO allies are trying to de-escalate an increasingly volatile situation.

Here’s what you need to know about the potential for conflict in Ukraine and how it might play out.

What’s happening on the ground?

Russia has massed around 100,000 troops along its borders with Ukraine, suggesting that the Kremlin could be preparing to launch a full-scale invasion sometime this winter.

According to Ukrainian intelligence, Russia has soldiers, tanks, artillery and armoured vehicles in positions on Ukraine’s northern, eastern and southern borders.

Russian forces to the east of Ukraine are gathering near the Donbas region, a predominantly Russian-speaking part of Ukraine where Moscow-backed separatists have been fighting the Ukrainian military since 2014.

The Kremlin has defended its actions, saying that it has the right to move its military around its own territory. But the unusual movement of large numbers of troops and weapons suggests Russia is planning an invasion — or is trying to convince Ukraine and its allies that an invasion is imminent.

Russia has said it will take what it calls “military-technical” measures to protect its security. What that means exactly isn’t clear — and Moscow may want it that way.

What does Russia want?

Russia says it wants to stop NATO from expanding into Ukraine. But that’s not all it’s demanding.

The Kremlin has called for a guarantee that NATO won’t expand eastward into areas that Russia considers part of its sphere of influence.

Russian President Vladimir Putin also has called on the U.S. to remove its nuclear weapons from Europe and for Western allied countries to stop rotating their troops through several nations in Eastern Europe.

Putin has accused the West of taking an “aggressive” course “on the threshold of our home.”

Giving in to those demands would effectively restore a Cold War-era division of power in Europe, with Russia expanding its sphere of influence further west.

Russia now appears to be threatening military action as a way to break that stalemate.

What does Ukraine want?

Ukraine, which has unique political and cultural ties to both the West and Russia, has had a long and complex relationship with the North Atlantic Treaty Organization.

Ukrainian President Volodymyr Zelensky, who took office in 2019, has tried to strengthen his country’s ties to the West. He has lobbied aggressively for NATO to expedite Ukraine’s request for membership. Previous Ukrainian governments pursued closer ties with Russia.

By joining NATO, Ukraine could obtain a much greater degree of security. Each of NATO’s 30 members would be obliged to defend Ukraine if it were attacked.

What happens if Russia invades?

The outcome of an invasion would depend on the size of Russia’s invading force and its tactics. 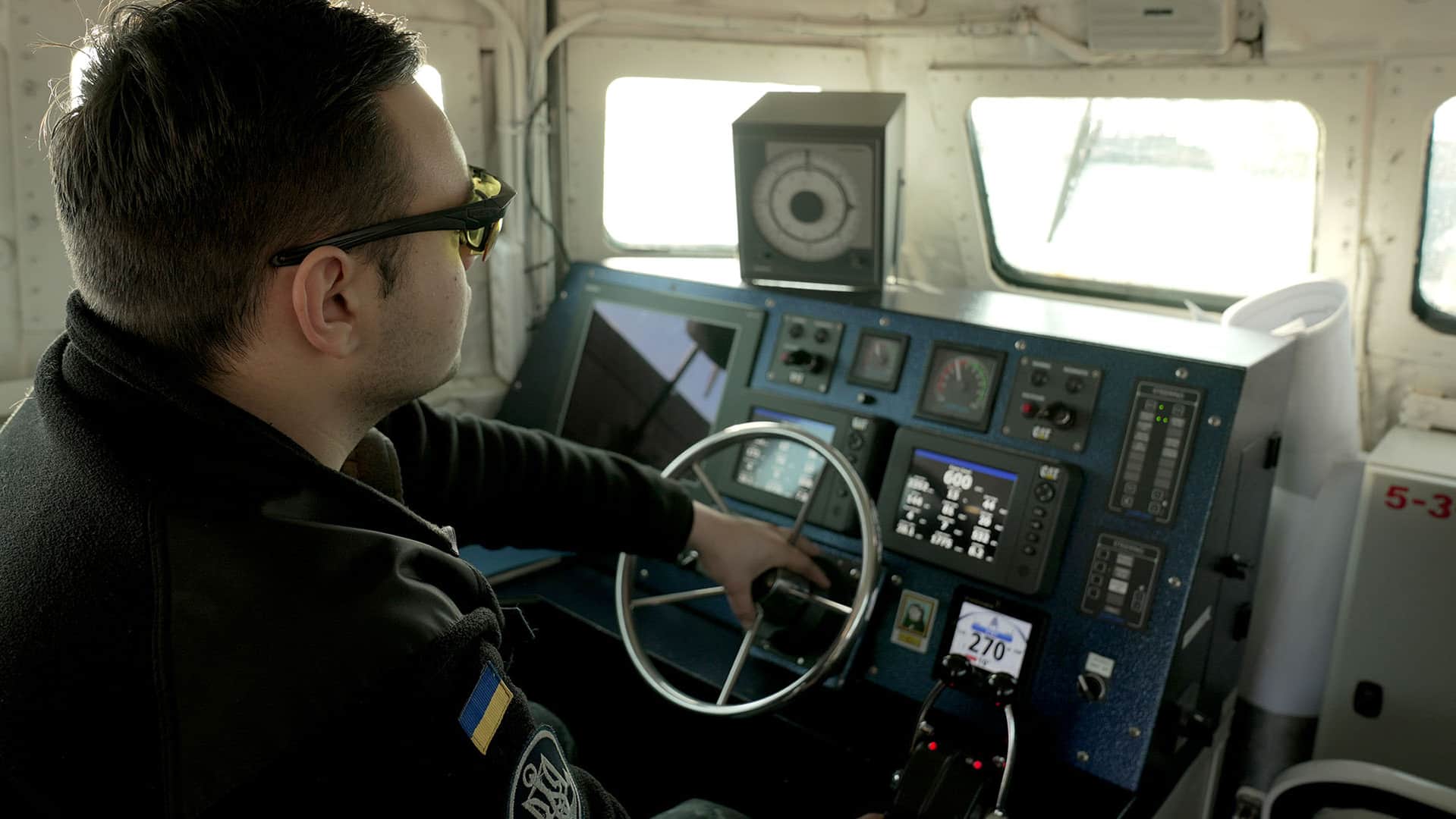 On patrol as Ukraine’s navy prepares for a Russian invasion

CBC News goes out on patrol with the Ukrainian navy in the Sea of Azov, an area that could be a flashpoint in tensions between Ukraine and Russia. Fears of a Russian invasion have prompted Ukraine to speed up construction of a naval base in Berdyans’k. 2:30

There is still a vast gap in military power between the two nations, however. Ukrainian military officials have said they would not be able to repel an invasion without the help of Western forces.

Could Russia be deterred from invading?

Canada and its allies have threatened to impose a series of punishing economic sanctions on Russia if it invades. The United States, which is spearheading efforts to deter Russia, has said the sanctions would go into effect just hours after an invasion.

There is no indication that Canada or its allies would be willing to send soldiers to fight invading Russian forces.

Further talks are planned between Russian and Western officials but their discussions to date have failed to reduce tensions.

WATCH: With Russian forces on the border, Ukraine shores up its defences 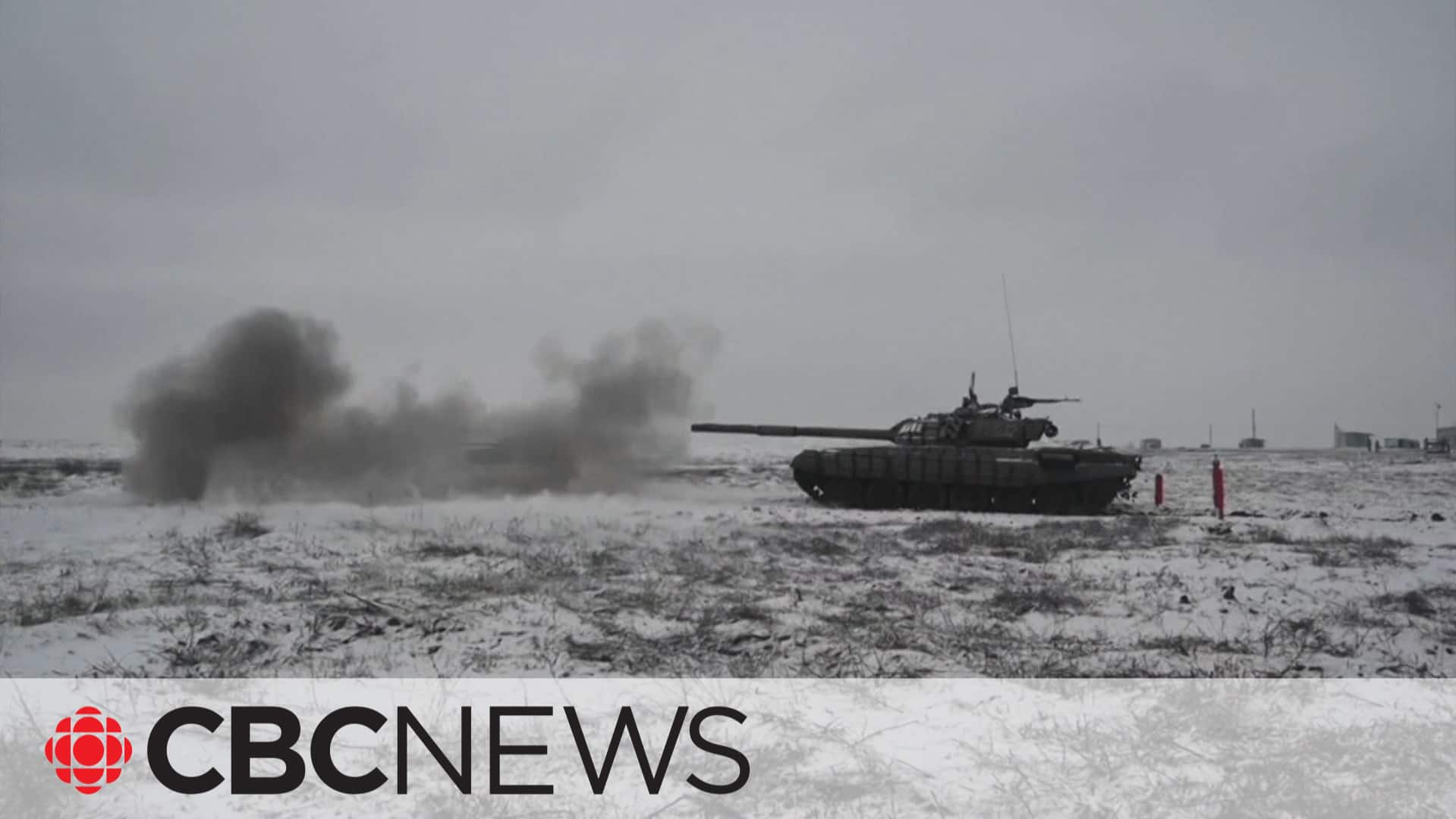 Russia has rejected Western complaints about its troop buildup, saying it deploys them wherever it deems necessary on its own territory. 5:33

Does Canada have a role in any of this?

While Canada has been one of the most consistent and vocal supporters of Ukraine’s bid to join NATO, it probably couldn’t influence Russia’s actions on its own.

Canada has about 200 soldiers stationed in Ukraine to assist the local military. It’s unlikely they would be thrown into battle during a Russian invasion.

The top commander of Canada’s military said last year that Canadian forces must avoid “crossing the line from deterrence into escalation.”

Canada has spent $245 million on constitutional, judicial and security reforms in Ukraine since 2014. Foreign Affairs Minister Mélanie Joly said during her visit to Kyiv this week that Canada is “ready to make loans to Ukraine.”

Ukraine has asked Canada to send it defensive weaponry. The federal government has not decided whether to agree to Kyiv’s request.

This week, Prime Minister Justin Trudeau said the fact that Russia is looking for “excuses” to invade is factoring into the federal government’s thinking when it comes to calls for weapons shipments to Ukraine.