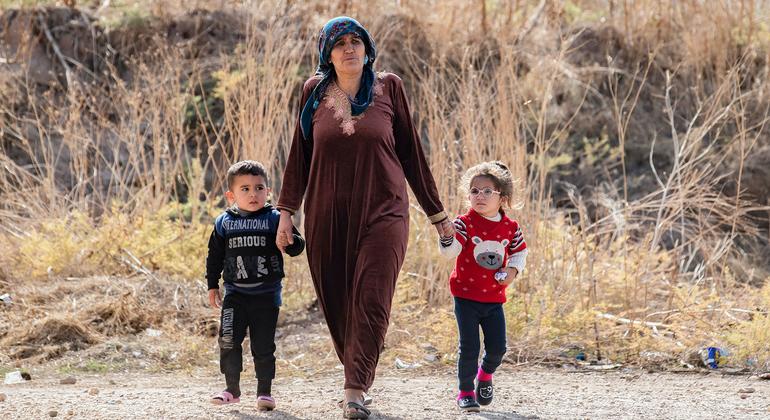 ISIL fighters launched an assault on the Ghwayran/Sinai’i detention centre in the city of Al-Hasekeh last week, in an attempt to free some of their counterparts, sparking fighting with Kurdish-led Syrian Defence Forces (SDF) who control the facility.

According to news reports, the US-led coalition-allied SDF fighters have now regained full control of the prison, after some ISIL-affiliated detainees reportedly used some of the boys as human shields during the stand-off.

The fighting forced nearly 45,000 people in the area to flee, mostly women and children, UNICEF said.  Some have been displaced several times, having escaped violence in other parts of Syria over the years.

The agency has been working with partners to provide displaced children and their families with life-saving assistance, including clean water and hygiene supplies.

UNICEF volunteers helped people reach shelters and clinics and distributed food, blankets, mattresses, clothes, and medicine. They have also distributed materials on the risks of explosive ordnance to raise awareness among boys and girls in the shelters and keep them safe.

Vulnerable children and their mothers have also received medicine and other services through a UNICEF- supported mobile health and nutrition team.

UNICEF has been providing information to families on how to prevent separation and access psychosocial support to children and caregivers.

Nine separated and unaccompanied children were identified as of Thursday.  They had become separated from their families along the way and did not know the whereabouts of their parents.

“Children in shelters were frightened after the horrors they witnessed,” said  Bo Viktor Nylund, UNICEF Representative in Syria. “Families told us children were having nightmares and bedwetting. It has been a harrowing experience for them, and it is clear they urgently need protection and assistance.”

UNICEF continues to call on all parties in northeast Syria to protect all children in the region at all times.